We are thrilled to share news of a great honor for Ancient Peaks co-owner and viticulturist Doug Filipponi. Indeed, Doug has been named “2021 Agriculturalist of the Year” by the San Luis Obispo County Farm Bureau.

This annual award recognizes “distinguished success in the agriculture industry and a lifetime of dedication to advancing San Luis Obispo County’s rich farming and ranching heritage.” The award dates back to 1988, and Doug is the 33rd recipient since then.

Doug was born in Paso Robles and grew up on a family dairy farm in Atascadero, just a mile from Santa Margarita Ranch. After attending Atascadero High School, he went to college at Cal Poly in San Luis Obispo.

Doug’s time at Cal Poly was balanced between classes on real estate, agriculture and business, but the most important thing he found at Cal Poly was his wife, Kathy. They married in 1972 and would later have two children, Jeff and Kristin, and three grandchildren Cash, Hailey and George.

A lifelong entrepreneur, Doug started Filipponi & Thompson Drilling with his friend and neighbor, Ned Thompson. Doug later branched out into winegrowing and ranching, and also became an avid pilot along the way.

Doug’s foray into winegrowing was a natural extension of his heritage. “My Swiss-Italian grandfather always had a gallon jug of some homemade wine under the table growing up,” he says. “When we started growing grapes, we made our own wine in my grandfather’s ‘tina’ as we called it, the old wooden tank. We made Cabernet for several years in that old tank, which was part of the family since 1910.”

In 2001, Doug became a co-owner of Santa Margarita Ranch along with friends Rob Rossi and Karl Wittstrom, and together they started Ancient Peaks Winery in 2005. The rest is history.

We caught up with Doug this week to learn more about his journey—and what he has learned along the way.

How did you feel upon learning that you were named the San Luis Obispo County Farm Bureau’s 2021 Agriculturalist of the Year?

It was a surprise and very humbling to hear. I appreciate it very much. The county farm bureau does a lot of good for local agricultural interests, and it’s always an honor to be recognized by your peers.

Living on a dairy farm was wonderful. We always had something to do as children whether it was working or playing. We really didn’t need toys, as the whole outside world was full of things to play with. We had the best food as it was all natural on the ranch. Even as I got older, I never wanted to get out of town. I had cousins in the Los Angeles basin and after spending a few summers down there, it was clear that I was never going to be a big city guy. As far as I could tell, San Luis Obispo County was the best place in the world to live. 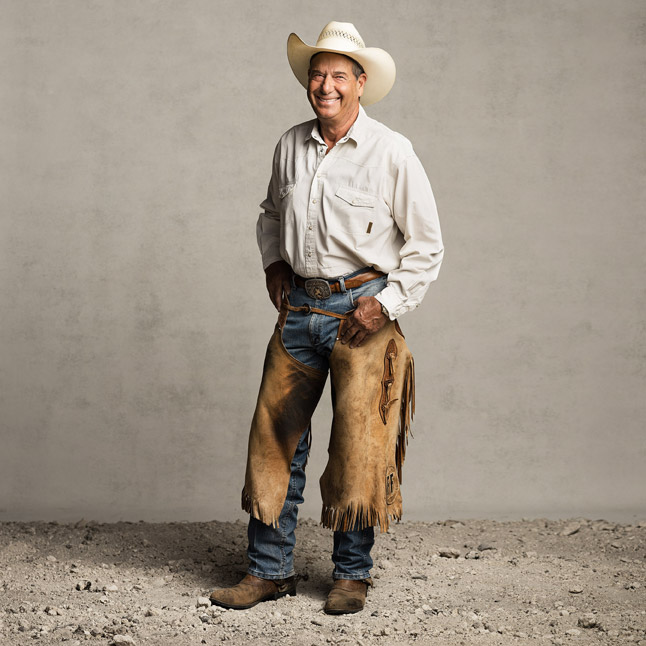 How and when did you first get into viticulture?

We were drilling wells for many of the new folks moving to the Paso area. I was interested in why they were coming here, and they were all positive that this was the best area in the world for varietal wine grapes. We had land and water available east of Paso Robles. Jim Smoot was a friend who advised us on the planting of our first family vineyard in 1989. We joined the Paso Robles winegrowers’ association and would hang out with the pioneers of those days. We were novices by comparison. We would go to the potlucks, and they were always willing to share their ideas and expertise. It helped that they always had questions about their wells, so I was able to reciprocate!

Was it a dream come true to become a co-owner of Santa Margarita Ranch, especially since you grew up so close to here?

Yes, for sure. The ranch has always been known as the “Queen of the Cattle Ranchos.” When I was growing up, this ranch was always the place that was out of reach and private. I grew up right next to the ranch, just a mile down Trout Creek. Later on, Ned and I were hired to drill wells on different parts of the ranch, and our family friends, Donnie and Kathy Loftus, lived there. I knew how special this land was, and so yes, it was a dream come true.

Why are you so passionate about family and hospitality being such a big part of the Ancient Peaks experience?

The ranch is steeped in what we call “old California rancho hospitality,” and it’s a tradition we all embrace at Ancient Peaks. Personally, I would say having roots in Swiss-Italian agriculture and animal husbandry has shaped my perspective, it’s something that goes back centuries in our family.

I still believe that sharing the bounties we are blessed to have is critical to a healthy lifestyle. And the tours of the vineyard and ranch give people a feel of why we love this life.