Anyone who has met Ancient Peaks co-owner Karl Wittstrom knows that he is an avid historian. From documenting the rich heritage of our Santa Margarita Ranch to his deep curiosity about the lives of early civilizations, Karl is passionate about all things historical.

So it is probably no surprise that Karl is now embarking on a new project on the ranch called Ancient Skies, which includes a full-scale replica Native American sunstone and other props that illuminate how ancient peoples marked the passage of time by tracking celestial movements.

With the Summer Solstice having just passed—June 20, the longest day in the Northern Hemisphere this year—we caught up with Karl to learn more about his sunstone and why it matters in our age of high technology:

What happens at the sunstone on the Summer Solstice?

On the Summer Solstice, the sun begins its journey back to the south and the shadow cast by the rod gets longer until December 22 (Winter Solstice), when the sun does an about-face and heads north again.

Can you describe the sunstone and how it works?

The sunstone is a flat slab of rock measuring approximately 4’ X 6’. It is perfectly aligned to true north. At the south end of the stone is a stainless rod of about 12” in length. All day long, the rod casts a shadow on the stone. By observing and tracking the shadow on the stone you will see that in the winter the shadow gets longer until December 22, then suddenly starts getting shorter until June 22 when it turns and heads north once again. So by tracking the days, the ancient peoples quickly realized there was a 365 day cycle of the sun. 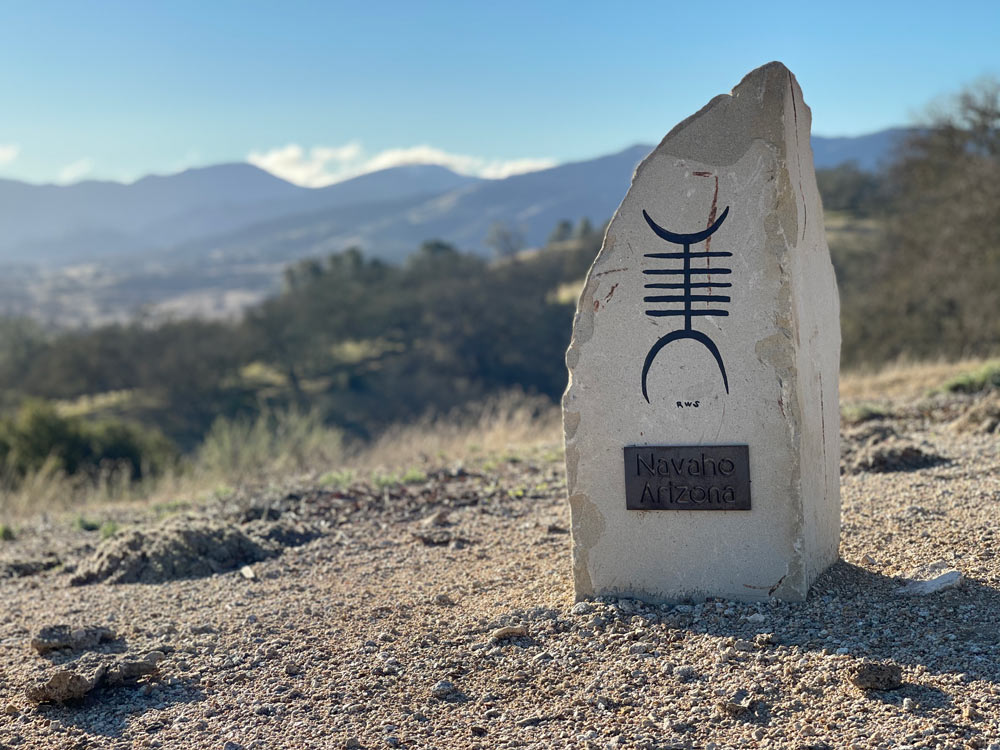 What are the historical factors that inspired you to create the sunstone?

I read a paper about a local tree carving and I was intrigued by what the author had come up with as to what the meaning of the carving depicted. The author explained that the pattern on the tree was the pattern of the shadow of the sun. The concept was so simple. I became fascinated by these ancient people and their observations. As I began to do more research, I realized that ancient peoples all around the world were all watching the patterns of the sun, moon and planets as well as all of the stars. The observation of the patterns of the sun and moon were of huge importance to humankind as we tried to make sense out of the world we live in.

Further exploration revealed that the tracking of days, nights, weeks, months, years and seasons were all were perfected by humankind’s early observations.  So these historical facts made me want to recreate the sunstone and share with other people what I had learned because, frankly, I don’t think it is being taught anymore. The observation of the cycles of the heavens have played such a huge role in the cultural development of humankind.

What can we learn from the sunstone?

The sunstone allows us to keep track of days by watching the position of the sun. You can know exactly what day it is by the position of the sun at sunrise or sunset. And if you want to throw the moon into the mix, we can track time based on the 13 full cycles of the moon over the 365-day year. The sun and the moon are exactly aligned every 33 years and, in reading history, we see the number 33 was significant in many cultures. 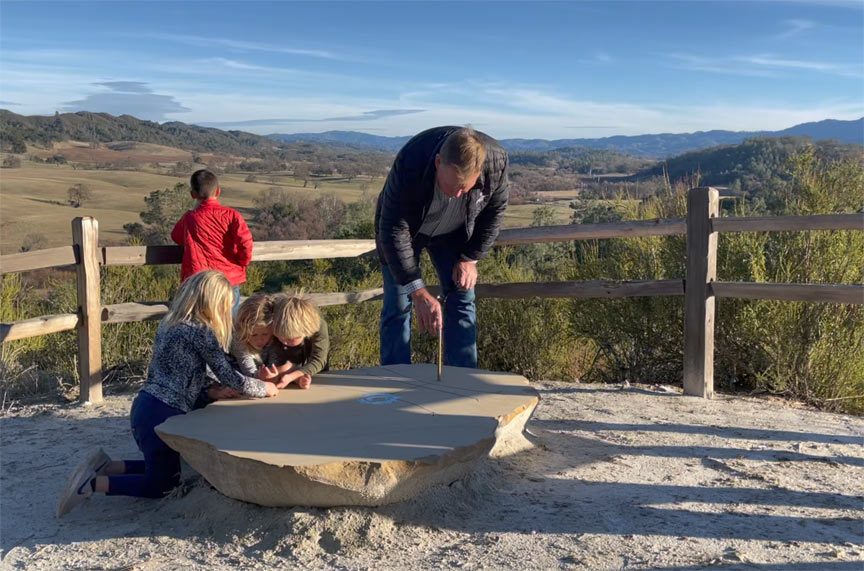