Our estate Margarita Vineyard is home to a rare array of five distinct soil types, which begs the question: How did this amazing soil profile come into existence?

The answer is found in the towering Santa Lucia Mountains that loom over the vineyard, and in two active faults that run right through our ranch.

“You can see the ongoing effect of these faults with the naked eye as you drive along next to our ranch,” says winery co-owner Karl Wittstrom. “The county road is

constantly moving, settling and buckling. There are uneven parts that need to be re-paved regularly—it’s not unusual to see six inches of drop from one year to the next.”

True to its name, the Nacimiento Fault runs all the way up to Nacimiento Lake north of Paso Robles. The Rinconada Fault runs up through Paso Robles and right under Spring Street. This was the fault that ruptured and created a sinkhole hot springs in the city library parking lot after the big magnitude 6.6 earthquake that struck Paso Robles. It’s also worth noting that Paso Robles is not far from Parkfield, known as the “earthquake capital of the world” for its persistent quake activity along the legendary San Andreas Fault.

Needless to say, there’s no shortage of seismic micromovements (and the occasional noticeable quake) here in San Luis Obispo County, and Margarita Vineyard is uniquely situated to benefit from it all—at least from a terroir perspective!

Indeed, the churning of the Rinconada and Nacimiento faults is constant. We are squeezed between the two at nearly their narrowest point, and this is what has forged our unique mix of soils over time. As the faults shifted and buckled over millions of years, there was an uplift of different soil formations that now ebb and flow across the land.

However, from a macro perspective, our soils are rooted in the larger tectonic forces that formed the Santa Lucia Mountains and the coastal peaks for which our winery is named.

As Wikipedia summarizes it, “The Santa Lucia Mountains or Santa Lucia Range is a rugged mountain range in coastal central California, running from Carmel southeast for 140 miles to the Cuyama River in San Luis Obispo County. The range is never more than 11 miles from the coast.”

In other words, our ranch is at the tail end of this majestic coastal range, which dates back more than 140 million years ago when the eastward moving Farallon plate began moving under the North Continental plate.

In short, the massive tectonic forces that created the Santa Lucia Mountains set the geologic tone for our ranch, while the movements of the smaller faults like the Nacimiento and Rinconada allowed for added churn over time. All combined, they blessed us with five distinct soil types over the span of just several hundred acres. 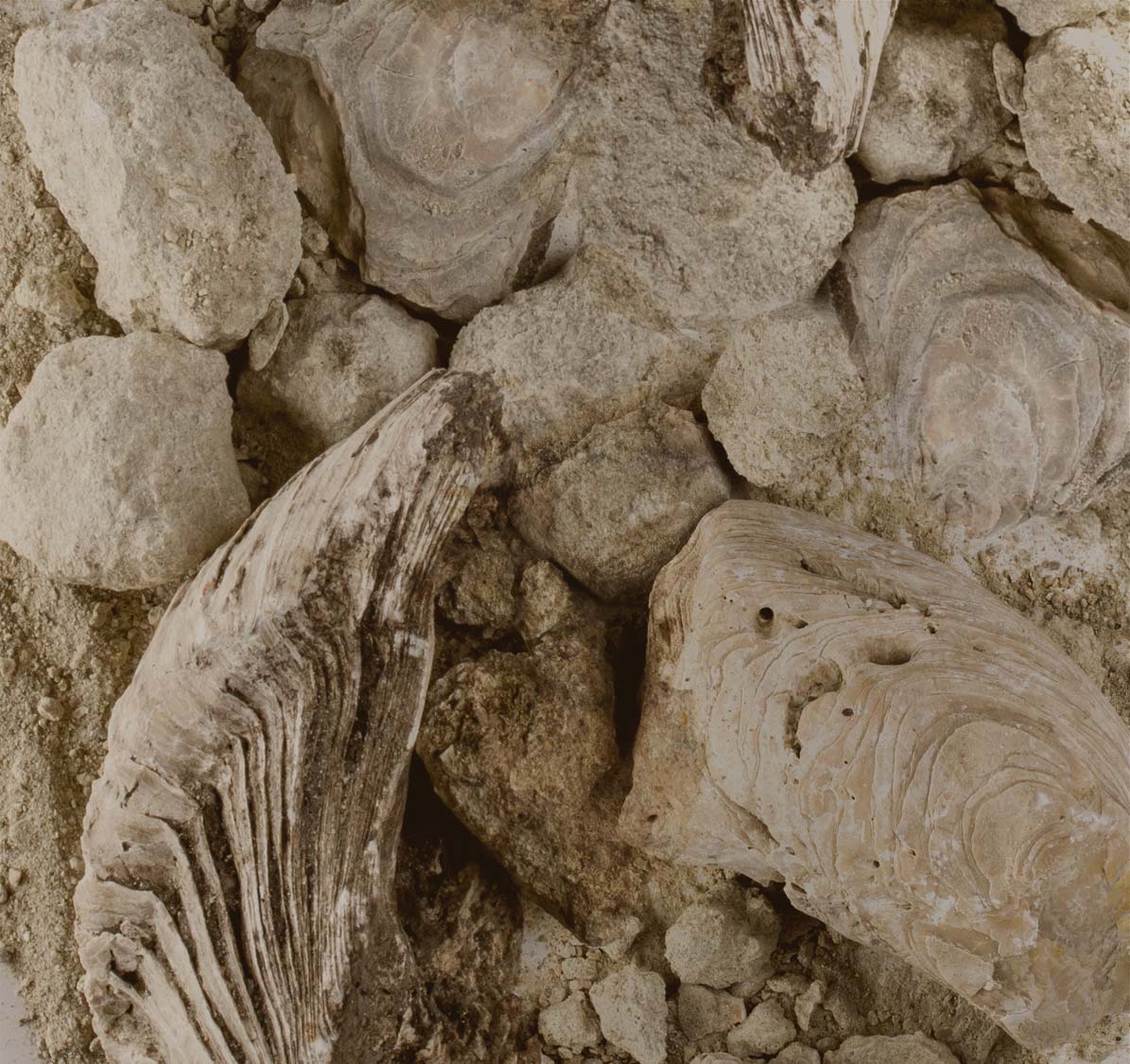 The five main soil types found in our vineyard are: granitic, volcanic, shale, rocky alluvium and ancient sea bed, all of which ebb and flow as you move from one block to the next.

The most dramatic of these soils is the ancient sea bed along what we call Oyster Ridge. Wine & Spirits magazine called it “perhaps the most dramatically calcareous chunk of earth in California.” Oyster Ridge is essentially an ancient reef of “mega fossils,” including oysters, scallops and barnacles.

While you will see other sea bed outcroppings around Paso Robles, none match the scope and breadth of ours. “You’ll often see the substrate standing on end, where the earth was sort of tipped sideways, so it’s more of a protrusion,” Karl says. “On Santa Margarita Ranch, it was more of a uniform uplift, so you have a quarter mile of this reef right underfoot.”

Now you know the “earth shattering” story behind the unique soils that shape the wines of Ancient Peaks—and why we named our winery after the symbols of these great forces that are still in play today.